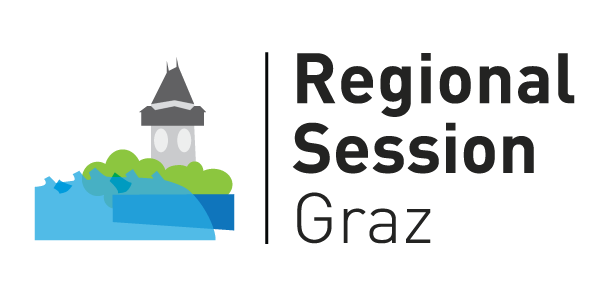 
RS Graz 2015 is a(n) Regional Session. A Regional Session is a two- or three-day session. Selected participants will be invited to participate in the National Selection Conference. To find out more about such events or the European Youth Parliament in general, please visit About us.

RS Graz 2015 is one of three Regional Sessions (RS) organised by EYP Austria this season and will take place in the capital city of Styria in the south-east of Austria. Delegates mainly from Styria, but also from the rest of Austria and Europe will gather on the weekend of 17th–18th January 2015 to discuss recent political issues in a European context.

Led by Oona Kiiskinen (FI), a team of 2 Vice-Presidents and 5 Chairpersons will support the Delegates at discussions and guide them on their way to their resolution. The session will be covered by a Media Team consisting of 5 Journalists led by the talented Flora Böwing (AT). The backbone of the session consist of the Head-Organisers Patrick Deutschmann (AT) and Agnes Varga (AT) and their team of highly-motivated Organisers. All in all, there will be over 10 nationalities represented in the Officials team.

The simulation of the European Parliament at the session gives Delegates the opportunity to express their opinion while discussing recent political issues in a European context. The use of English as sole working language is beneficial for participants’ language skills and simplifies the cultural dialogue and exchange happening at the session.

For questions and more information, please refer to the Contact section.

We are expressing our biggest gratitude to all of our partners, sponsors and supporters listed below: