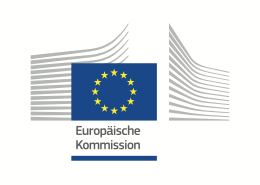 Like last year, the National Conference in cooperation with the Young European Federalists took place in Vienna. With 100 delegates from Austria, the Czech Republic, Finnland and Croatia, it was one of the biggest sessions of the Austrian EYP.

Under the Motto ‘Heroes of everyday life’ we not only saw heroic costumes in one of the evening events, but also heroic progress at team-building and committee work. During the traditional Austrian-Village regional specialities could be enjoyed together with interesting details about the according respective regions. Afterwards, every committee presented themselves in a short and entertaining sketch about their topic, which aroused the other participants’ curiousity.
In only four days, the EYP-newbies became true experts, which they proved during the General Assembly on monday. Another highlight was the the evening at the Estergazy-Keller, which was an especially interesting experience for our international participants.

The coordination of the event went well, thanks to the short distances between venues as well as the good preparation by the organising-team. Also, the mainly positive feedback from the participants hints that this session was a full success.

Photo from the General Assembly. (Find more photos on the official Facebook Page of the Session)

6. Istanbul Youth Forum
We use cookies on our website to give you the most relevant experience by remembering your preferences and repeat visits. By clicking “Accept”, you consent to the use of ALL the cookies.
Cookie settingsACCEPT
Manage consent